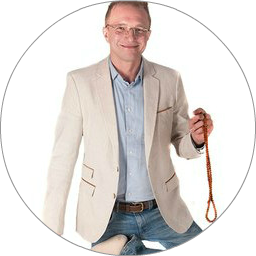 Successfully graduated from  Мoscow Engineering Physical Institute, MEPhI, Nuclear University , was one of the best graduates in his speciality. Studied at the Faculty of Technical Physics, Department №4 – Physics of high-speed processes. Combustion, Explosion, and Shock Waves ( Doctor of Chemistry professor  Pepekin Vitaliy Ivanovich – Head of the Department, Sokolova Idiliya Lyatifovna – Deputy Dean, Petrov Valery Ivanovich – Dean) Specilty : Physics Engineer.
Department №4 is training specialists by the famous physiсotechnical method, suggested by Kapitsa P.L., Semenov N.N. and other scientists. This method was successfully approved in the Physics and Technology Faculty of the Moscow State University  (1947 -1951). Department № 4 was created (transferred from MSU PTF)  in early 50s. The Department was created by such eminent scientists, the founders of the nuclear shield of the country as  a Nobel laureate Semenov N.N., Zeldovich Ya. B., Sadovsky M.A., Khariton  Yu. B.

Information on MEPhI:  MEPhI is a leading Russian university which augments its positions on the global educational scene.  MEPhI is proud of ambitious and skilled experts in science and engineering who graduated the University since its establishment in 1942. By the 1960’s, MEPhI became the leading higher education institution in Russia, energizing education and training for peaceful nuclear energy. Over the course of its history, 6 Nobel Prize winners have worked at MEPhI, including: N.G. Basov, a MEPhI graduate, as well as A.D. Sakharov, N.N. Semenov, I.E. Tamm, I.M. Frank, and P.A. Cherenkov.

A new wave of development of the University began in 2009, when MEPhI was one of the two universities first recognized by the government as national ones and was renamed into the National Research Nuclear University MEPhI (Moscow Engineering Physics Institute).

Simultaneously with his studies at MEPhI, Vadim completed the Crystal Chemistry course at the Moscow State University named after Lomonosov, with professor Zorky P.M.

Carred  on an investigation work at the Institute of Organic Chemistry (IOCh) named after Zelinsky of the Academy of Sciences of the USSR (Russian Academy of Scienses), which was used as a framework  for his final project. The theme of his Degree work is a research of the new advanced high-energy explosives, analogues ofCL-20 (China Lake-20, Hexanitrohexaazaisowurtzitane)  and ONC.

Doctorate at the Institute of Chemical Physics named after Semenov N.N. of the Academy of Sciences of the USSR (subsequently Russian Academy of Sciences). Chemical Physics of combustion and explosion. Study on mechanisms of initiation processes, burning and detonation of the gaseous and condensed substances. Mentor – Doctor of chemical sciences professor Korsunsky Boris Lvovich. MBA degree, Master of Business Administration – at the International University.

Background information:  The International University was created to implement the principles of elite higher education and for training highly qualified specialists, employed both in business and in creating an enabling social and political environment for its development. Vision of the University studies is based on three principles: elitism, internationality, and focus on business development. Successfully worked in the company PricewaterhouseCoopers (Pricewaterhouse prior to merger with Coopers & Lybrand).
Occupied posts: Auditor, following by Auditor Consultant and Senior Business Consultant in the sphere of Audit and Business Consultancy. Worked with the clients in the energy sector, in the world’s largest companies, such as: JSC «Gazprom», Unified Energy System of the Russian Federation, Central Despatch Office of Unified Energy System of the Russian Federation, Publicly-Traded Companies  “Megionneftegas”, “YUKOS”,  “Slavneft”, “Rosneft”, “Yuganskneftegas”, as well as other world’s major  foreign and domestic companies.

Background information: PricewaterhouseCoopers— the world’s largest international (transnational) company offering professional services in the field of consulting and auditing. The company has existed for over 160 years. PwC was established in 1849 in London and is part of the so-called big four audit companies. The network’s headquarters is located in London. PWC’S annual turnover on the order of $30 billion.

Created several personal projects and companies specialized in consulting and providing services to the energy and transport companies.
At the same time was actively engaged in distribution and promotion of yoga heritage, as a unique system of self-knowledge. Ministered education of the future specialists and yoga teachers, as well as a deep theoretic and practical adaptation of yoga ancient knowledge for modernpeople.

Started practicing yoga when he was 14 years old, in 1984. Long enough was combining yoga practice with studies and work in academic scientific environment. During his years at the Nuclear University – MEPhI, was actively involved in the students’ research laboratory and took part in studying extraordinary abilities of people and human latent reserves.
Actively combined extremely hard work in modern business with personal practice and teaching the fundamentals of yoga.Administered promotion of yoga and taught yoga in parallel with his work in business. Has a tremendous experience of teaching yoga and can explain the most complicated theory and practical issues of yoga to different types of people, starting from high-level businesspersons and scientists to homemakers and schoolchildren. Taught over 20 different types of yoga, starting from as popular one as Hatha yoga, and up to very rare types of yoga, such as Radja Yoga, Advanced methods of Yoga, Prayoga, etc. Researched methods of some very rear types of yoga. An Honored Member of the Supervisory Board of Yoga.

Background information: International Open Yoga University is a absolutely new, flexible and open organisation for preserving and developing yoga.  There has to be a place, where any person, who knows nothing about yoga and Vedas can learn it from scratch, systematicaly, step by step, on a very high level. The language used for the narrative of yoga should be simple, logic, undestandable and easy for a wide range of people. The most bright students should have the opportunity to study in Russian and English languages, so they could give yoga classes and read lectures on yoga all over the world, in CIS countries, in Europe, and America. The main principles of the University are:

1. To get the most powerful humanitarian knowledge about self-exploration and the latent powers of people from Yoga and ancient Vedas, as a source of all knowledge of yoga.
2. To get all the best from the fundamental education and science, from the Soviet (Russian) scientific researches, physico-mathematical school and such institutions as the Nuclear Universsity MEPhI, Physicotechnical institute, Moscow State University.
3. To take the most progressive aproaches of the financial organisations for the work and study processes from the most advanced companies of Europe and America, such as PricewaterhouseCoopers (PwC) , , The Boston Consulting Group (BCG) and many others.
It is necessary to combine these three principles in the University, so it can be functioning in accordance with the idea of Sustainable Development.
Indeed, in the theory of Yoga and in the ancient knowledge of Vedas there is a statement that if these three factors are combined (Knowledge, Will and Action), it will be possible to change the whole Universe and reach great results in self-exploration.
Knowledge, or in Sanskrit Djnana, should be taken from India, Yoga teachings, and from Vedas, as it was most likely preserved only there. The whole life in India for centuries was devoted to preserving of the knowledge of Vedas. Will, or in Sanskrit Ichha should be taken from the former Soviet Union, from the fundamental science and the ability to implement  any assigned super-task, like breakthrough in Space
Action, or in Sanskrit Kriya should be taken from Europe and America. To make all actions financially and organisationally reimbursable, or even better, making a profit, this is the factor ideally developed in the West, and it needs to be  brought to India and former USSR.
Svami Vivekananda in the nineteenth century made a forecast that the ancient teaching of yoga must be spread all over the world and that the start of this spreading will be from Russia. Possibly, the University will become one of the small parts of the chain of these events. 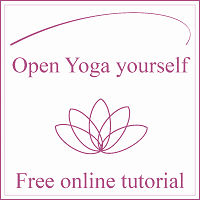 Background information: On-line Internet Yoga courses – is a powerful, modern, innovative, computer training system, designed for studying yoga on-line in any part of the world where there is an internet.
Vadim Openyoga created and is leading extremely creative team of over 100 like-minded people to develop and sustain this project.
On-line Internet yoga courses are free of charge, thanks to the financial support of our sponsors from many countries. It was initially designed that studying on-line,on the internet yoga courses should be free, because at present moment many people are not able to pay for their yoga training, especially in the regions with low level of life.  Besides, many creators of the Internet Yoga courses received their education at the institutes absolutely free. So the free Internet Yoga courses to some extent are the return of their Karmic debt to the home countries and people who made it possible.
Creation of training Yoga Courses on this scale and level of fundamentality and accessibility has yet no precedent in the world. An enormous number of organisational, technical and even philosophical tasks were acomplished while creating the courses.We had many in-depth discussions regarding the form of presentation, control over learning process, accessibility and understandability of the knowledge contained in the courses. It is not easy to be a pioneer.
The training system is oriented for the beginners, who have no any knowledge about yoga. The system contains structured training materials on the theory and practice of yoga, presented in total compliance with the ancient tradition of yoga, as well as the sysem of strict control over learning process by assigning home work, testing and distant examination.
The system of the courses is programmed in such a way that it combines rigorous and thorough adherence to all the requirements of the ancient classic yoga, together with the best traditions of teaching the exact sciences of school of sciences.
Any person can register on the yoga courses as a student and start his or her education. The system is designed in such a way that all students who passed the exams successfully will receive confirmation Certificate. The system will trace the most successful students and let them to enter the courses of yoga teaches and to receive the proffesion of yoga teacher in Russian and English language to work in Russia, Europe and America and anywhere in the world. Creating these courses required a tremendous amount of preparation work, a lot of effort, time of high qualified specialists, work of many yogis, male and female, volunteer hours of work and also finances. Despite of unpretentious results, all resources expended were comparable to the resources that are required to create a serious industrial or scientific enterprise. The educational system is constantly being developed and improved. There is a saying among people dealing with innovation technologies: “If you plan a new project and allocate time and money for its implementation, you can be sure that this number will be several folds larger“.

The list of the most important works of Vadim Openyoga in Yoga: 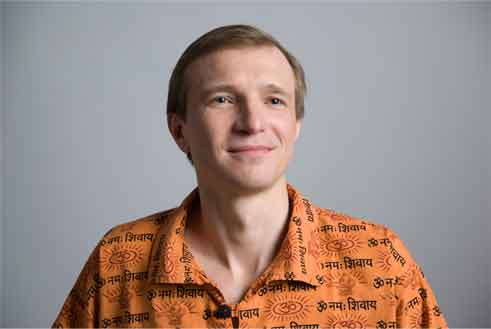 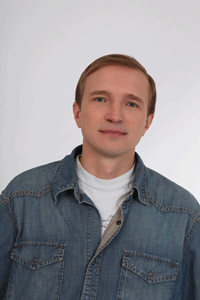 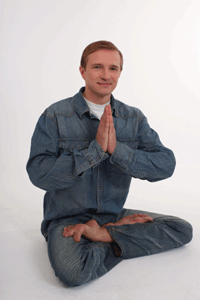 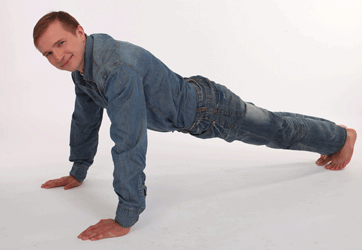